This is a step by step begginers Cubit/BLoC Flutter tutorial. Here I explained everything from building beautiful UI to building your own simple API and how to use them them using BLoC.

If you tried to learn about Bloc, it would be hard to get your head around it. Here in my tutorial I have explained everything using picture combining with real code.

Well, you know BLoc needs events and states. They are combined using mapEventToState. Using this function(mapEventToState) based on events, states are created and rebuild the widget.

The above statement would be core focus of this tutorial. For advanced learners Flutter BLoC advanced tutorial is covered in the link.

The above code link works for Flutter 3.3 versions(the code is most updated)

Here is a good news. If you try to use Cubit, you don’t need to create events. Take a look at the simplest architecture idea 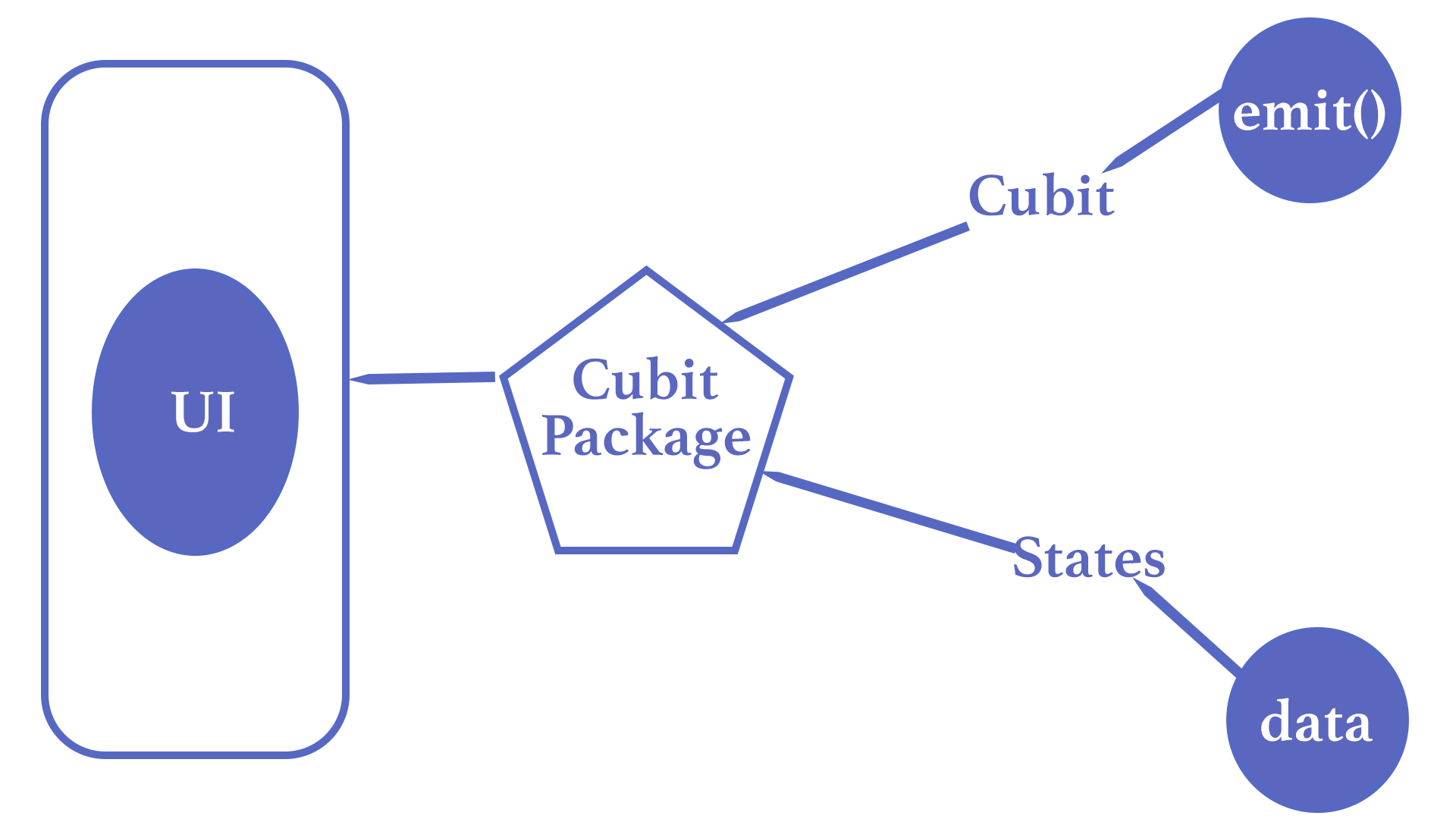 A Cubit is similar to Bloc but has no notion of events and relies on methods to emit new states. Simply speaking, cubit contains states and based on request it emits(fires) the states.

See another diagram for cubit with network request

Here we see that, we can accomplish network request using cubit.

Two other important concepts about Cubit. It has two important classes. We will use them through out the app.

This one creates cubit for the app, and also specify the entry point for using cubit

This one checks all the states and ask for ui change 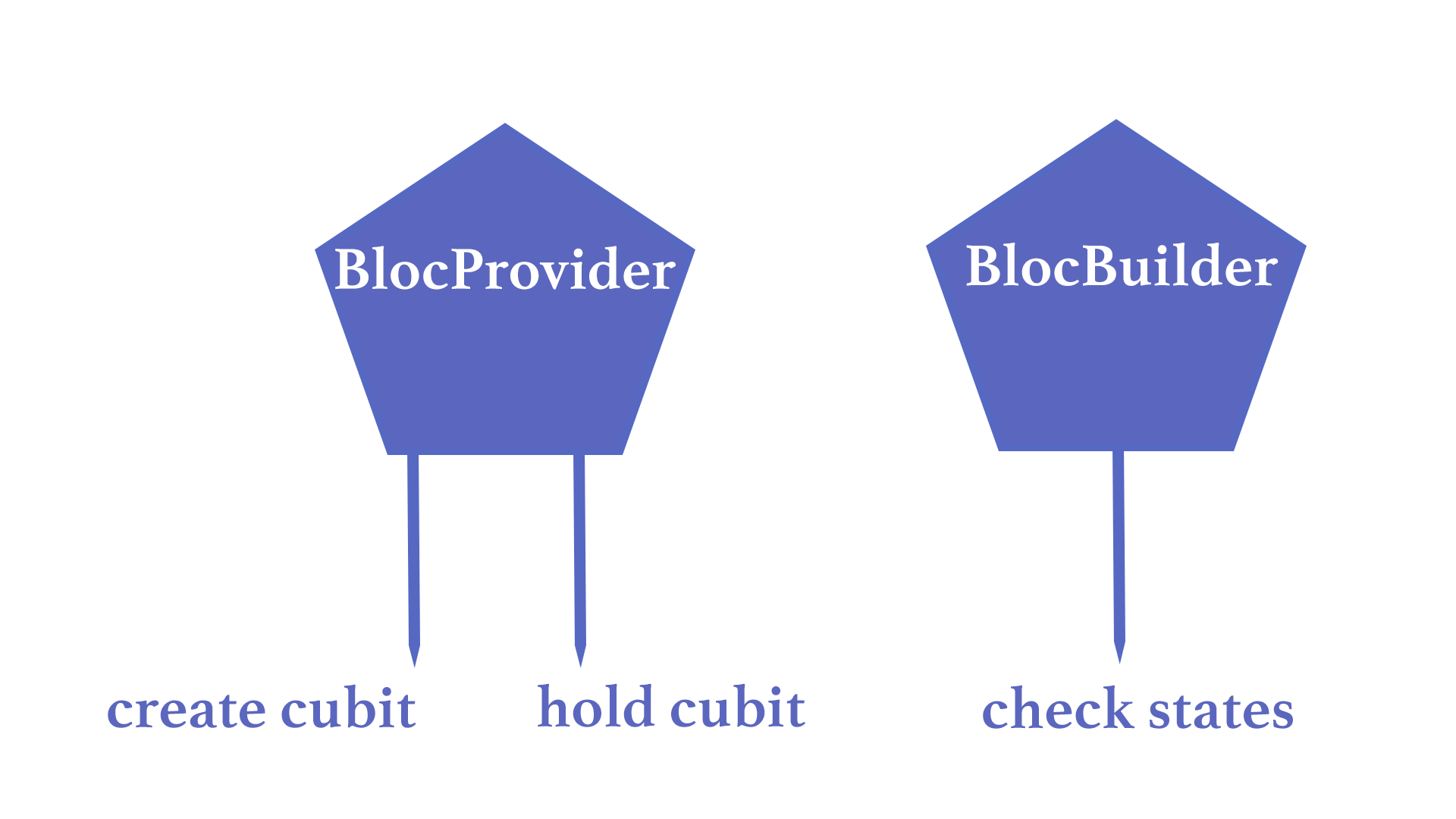 Every Cubit requires an initial state which will be the state of the Cubit before emit has been called.

In our app we will cubit and state. There are two classes I created for them

Here we define some states. You need at least one initial state. States are triggered from emit() function. The function emit() can get called from your UI through BlocProvider.of<>(context)  and emit  states when necessary. Here props is the list of properties that will be used to determine whether two instances are equal.

We need to build a class that extends Cubit. Cubit itself takes state.

The current state of a Cubit can be accessed via the state getter or state keyword.

you need to initialize a state using super() during  cubit initialization.  So you can do like below to create a cubit and initialize cubit

So extending Cubit and passing a State class is super important. As well as calling the super constructor with InitialState().

Accessing cubit and state from ui 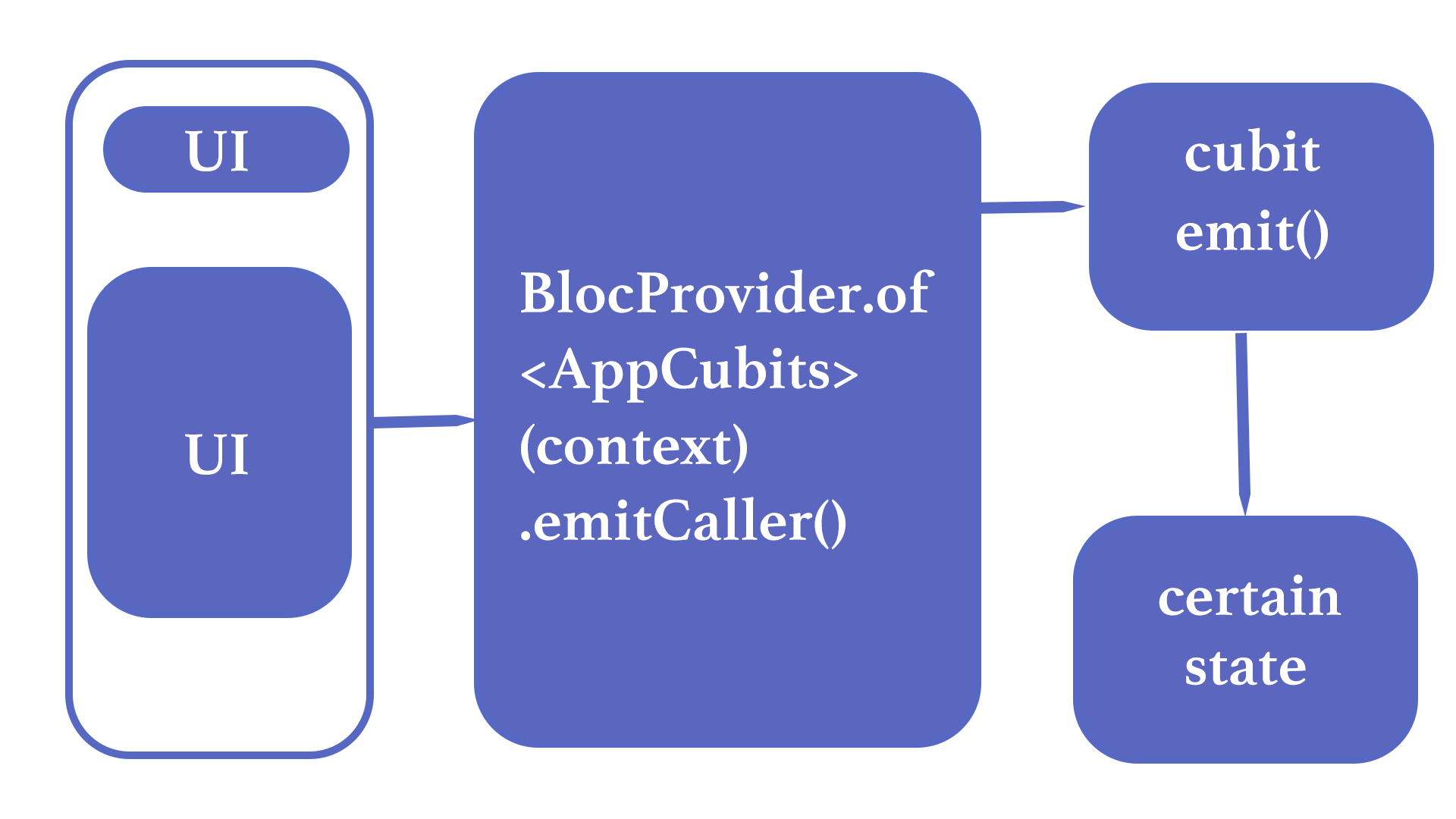 At the core, you need to use BlocProvider.of<AppCubits>(context).emitCaller() to access the cubit(the certain emit() function and the state. See the flow how it works.

2. If you get error with image, pls check out the below settings for img folder 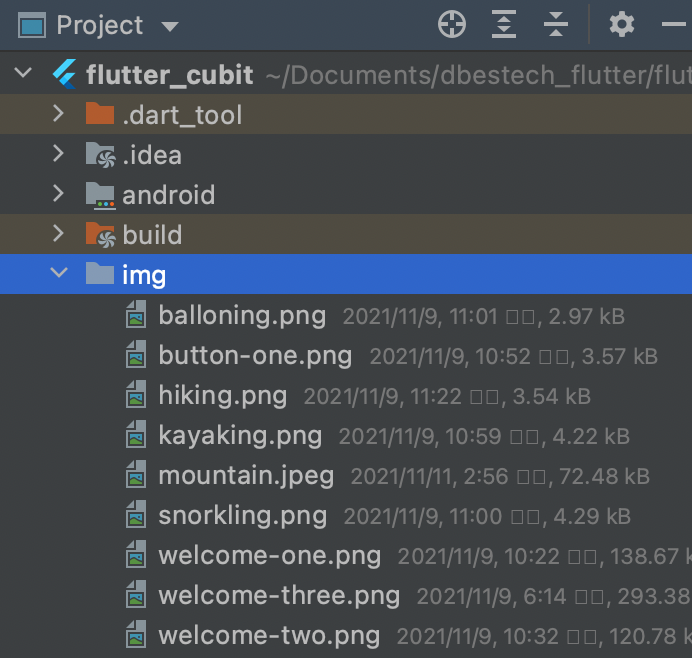 And then restart your app

2. Overflow in the homescreen

3. Row overflow of text on the right detail_screen.dart