10 reasons why you should learn software development

Author: Dastagir Ahmed
2nd October 2020
1. To be one of the richest people

- I think you heard of Bill Gates, Mark Zuckerberg, Elon Musk. You know that they are one of the richest people on earth. They have another thing in common. They all know programming, in fact they started their career as a programmer. Bill Gates started programming in the lab in high school, Mark started programming at the university, and Elon started even earlier then other two respected guys. Of course they are well established now. Even their company’s current success has to do with programming and software solution. They hire a lot of programmers every year.

- Your heard of Jack Ma, Jeff Bezos. Among many others, these two legends used programming skill as a tool to realize their dreams. Jack Ma Alibaba.com, Taobao.com, Jeff Bezos’s Amazon.com, in the early days their business brilliant software solution was their driving force. Jeff Bezos Bezos graduated from Princeton University in 1986 with a degree in electrical engineering and computer science. Even now because of good software solutions, their business is able to reach the whole world.

- Look at Google, Microsoft, Youtube, Tictok, Facebook, Viber, WeChat, Twitter and others. All these owners used software as the driving force to change the world. They are also very rich people.

- As I mentioned earlier in point 3, all these softwares solved the problems we used to face before we had them. Think of Google, it’s a part of your daily life. You have a question, you are looking for knowledge, you wanna watch MIT university lecture for free, all these have been possible due to google search engine. And at it’s core, it’s just an advanced software. If you think you have a great idea to change people’s lives in your community, country, you can do using a software. With the increasing demand for the tertiary industry in the new era, the service industry is playing an increasingly important role. People spend more and more time on mobile phones, which need software to provide services. The growing cultural industry also needs a lot of software, such as animation design, opening and ending design, virtual reality and so on. Software industry technology update fast, the need to continue to learn.

5. To be an entrepreneur

- Software developers land one of the highest paying jobs in the worlds. In the process of World‘s informatization, the software industry has occupied a very important position, and various kinds of software are widely used in all aspects of social life. With the rapid development of the software industry, the supply of software development engineers is obviously insufficient, the talent gap is widening day by day, the employment space is very broad. So learning software development is very promising. The average salary for a developer with less than a year of experience is a little over $50,000/year in the United States. 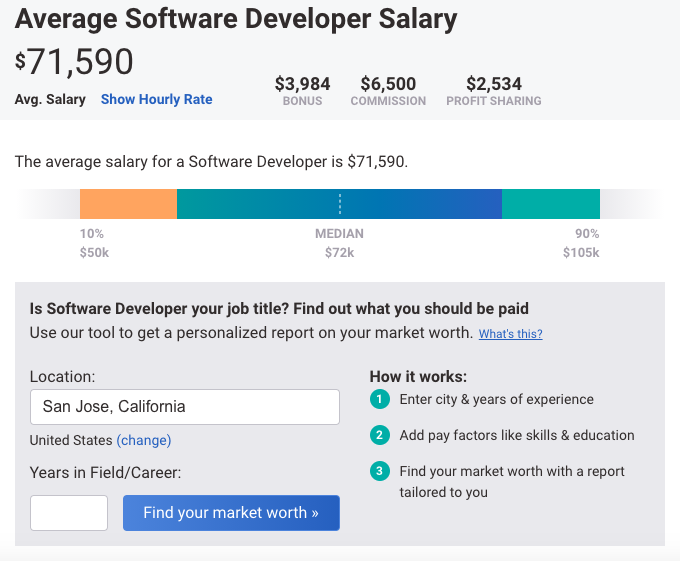 7. To be an immigrant

- Yes. You heard me right. Countries like Canada, Australia every year invite a lot of immigrants to their country and provide PR. Their primary focus on recruiting immigrants are technically skillful people. People from IT industry (software and electronic) are always given higher score when they apply for immigration to these coûntries. For example, IT has always been one of the key jobs introduced by Canada. In the long run, the Canadian government will vigorously introduce such excellent talents from all over the world through opening the skilled immigration channel. In the Vancouver area, programmers with about 3 years of experience earn $60,000 to $80,000 a year.

8. To be a freelancer

- You want to make money where you've your freedom and travel at the same time? Then learn software programming. Software programming is one of the very few jobs in the world which can be done as long as you have a computer and internet connection. You can do your jobs anywhere from you want, connect to your client anywhere from you want. If you are a little over a year experienced freelancer than you can earn around $45 per hour.

- Yes, you heard me right again. All hackers are programmers, and they are really highly paid. But you need to be a legal hacker to this stuff. In the hacker community, the word hacker undoubtedly has a positive meaning. Hackers are professionals who love to research and write programs, and must be willing to get to the bottom of problems. For example, system hacker is familiar with the design and maintenance of the operating system, while computer hacker is a master who knows the computer and makes the computer obedient. The average payout to a Certified Ethical Hacker is $71,331 per annum. The salary ranges from $24,760 to $111,502, with a bonus payout between $0.00 and $17,500. Thus the total salary is approximately between $24,760 – $132,322.1.
The United States Department of Labor reports that New York City pays out the highest average salary of $117,900, followed by salaries in California. Next come Massachusetts and Washington DC.2 I guess most hackers start by hacking wordpress website. Most of the wordpress websites are easy to hack. 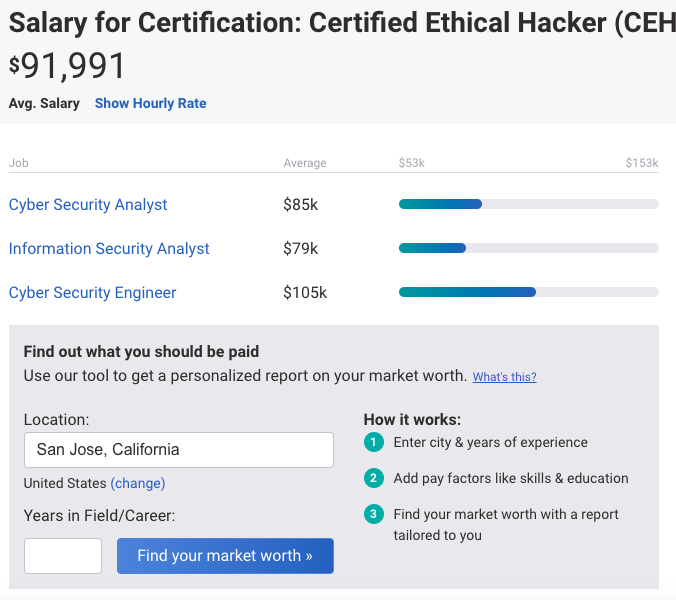 - Haha. Yes again. I wrote this article while I was travelling . Articles give more boost to my website. More boost means more money. I am doing freelancing software developing in my free time. Since I am good at JavaScript and Laravel, I started teaching coding online for beginners to advanced learners. My monthly income 60k for now.